Welcome to the November 2018 release of Saleor!

As this is the last update of 2018, we are reflecting on what a huge year it has been for Saleor. Everything hit critical mass last month when we released our major update that we chose to call Saleor 2.0, the full details of which are in this blog post. Most of our time in the second half of 2018 was spent pushing towards that big event and we can look back now at the time well spent. It’s not always easy to measure open source success but our GitHub stars tell a story. Since January we have gained 1856 stars, meaning Saleor may hit 3500 by the end of the year. And we’ve flown up the rankings on ecommwar.com to move in into the top ten. The stats don’t lie; in percentage terms Saleor has been by far the fastest growing open source e-commerce platform on the planet this year, and that is something that gives us huge motivation for 2019. 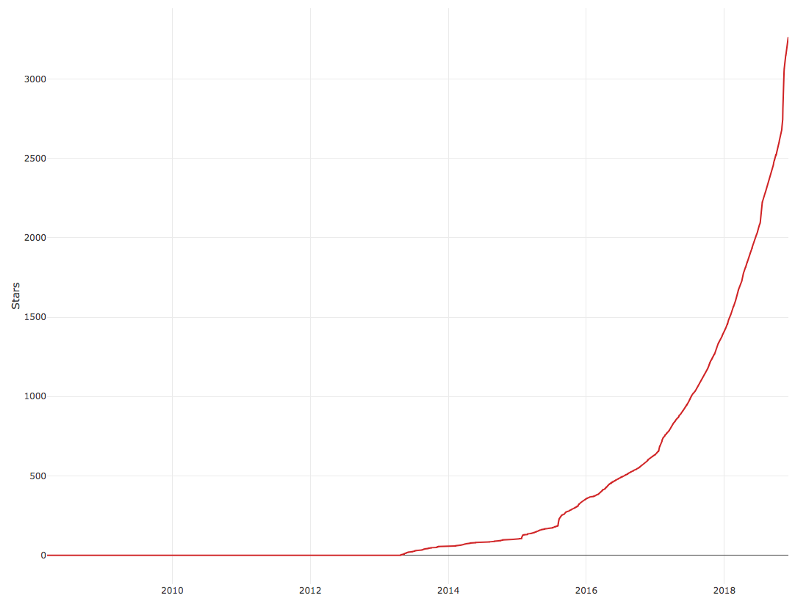 The exponential growth of Saleor’s stars on Github

Read on to learn about the most significant changes in our November release. For the full changelog visit the release page on GitHub.

Playground as the default API explorer

API explorers are one of the coolest tools that come with GraphQL frameworks or APIs, as they help newcomers to fall in love with all the convenience that GraphQL brings. GraphiQL has served us well so far but Playground from Prisma seems to be the new standard; it offers several interesting features such as a query history and the configuration of HTTP headers. Providing modern, usable tools with Saleor is one of our priorities, that’s why we decided to move on and switched to Playground as the default explorer for the Saleor API.

We still consider our API to be beta quality, but we’re laser-focused on making it stable as soon as possible. Once that happens, we want to use the “deprecation” approach; that means not removing any fields from the API and giving users time to migrate to new ones. Some of these are backwards incompatible changes but we believe they’re necessary to improve the overall design of the API and will eventually contribute to the performance. Those changes include:

With the release of Saleor 2.0 a month ago we dropped the django-payments package in favor of a new payments module. While we’re still evaluating the new approach, a new payment provider was implemented by a member of our awesome community (thanks @NyanKioshi). Razorpay is now one of the officially supported payment gateways in Saleor!

In December we are continuing to focus on the maintenance of existing code and cross-checking changes that we make in the past few months. We also want to work on the roadmap for 2019. Our plans are ambitious and wide-ranging:

A big thank you 🙏 to all contributors, stargazers, and supporters of Saleor!

For those of you who are interested in contributing to the project, we prepared a bunch of issues labeled as help wanted. Don’t worry if you don’t fully understand the problem — our team will try to guide you and answer all your questions. Remember to check our channel on Gitter — it serves best if you have quick questions that don’t require opening an issue on GitHub.